For generations, urinary tract infections, one of the world’s most common ailments, have been easily and quickly cured with a simple course of antibiotics. But there is growing evidence that the infections, which afflict millions of Canadians & Americans every year, mostly women, are increasingly resistant to these medicines, turning a once-routine diagnosis into one that is leading to more hospitalizations, graver illnesses and prolonged discomfort from the excruciating burning sensation that the infection brings.

Antibiotic resistance puts those with recurrent UTIs at serious risk. When bacteria develop a resistance to antibiotics, the bacteria will continue to multiply unchecked which can place you at risk for serious medical complications.  Usually, it is people with weakened immune systems or chronic medical conditions who are most vulnerable to drug-resistant infections, but UTIs have a dubious distinction: They are the single biggest risk to healthy people from drug-resistant germs.

Recent studies have shown that up to 50 % of uncomplicated urinary tract infections caused by E. coli — the most common type now — were resistant to Bactrim, one of the most widely used drugs, and at least one fifth of them were resistant to five other common treatments. The drug ampicillin, once a mainstay for treating the infections, has been abandoned as a gold standard because multiple strains of UTIs are resistant to it. Some urinary tract infections now require treatment with heavy-duty intravenous antibiotics.

In a recently released World Health Organization (WHO) report, scientists found resistance rates of 25 to 50 % to antibiotics commonly used to treat UTIs.

Resistance to antibiotics has become one of the world’s most pressing health issues. Overuse of the drugs in humans and livestock has caused germs to develop defences to survive, rendering a growing number of medicines ineffective in treating a wide range of illnesses — a phenomenon that is playing out worldwide with UTIs.

The World Health Organization, while noting that data on urinary tract infections and drug resistance is “scarce,” said the fact the infections were so common strongly suggested that increasing resistance would lead to more severe illnesses and fatalities.

It is precisely for this reason that we need to use antibiotics wisely.  Think of antibiotics like a game of cards where the goal is to keep some options in your hand for when you need to play them.  This strategy is important for all of us to keep in mind when we decide whether or not to use an antibiotic for UTI prevention.

Prevention is always the best way to avoid recurrent UTIs.

The growing concern over the risk of antibiotic resistance is the primary reason most healthcare practitioners are now turning towards non-antibiotic approaches to treating recurrent or chronic cases of UTIs and trying to prevent them before they even begin.

The challenge, therefore, shifts to stopping the process before it gets to the point where you need to go to the doctor and without relying on the continuous use of antibiotics. It shifts to PREVENTION, denying the UTI before it starts and breaking the cycle that so many of us are familiar with.  After treating your UTI with an antibiotic, you should consider adding URIEXO® to your daily routine to improve your urinary health and prevent that next infection.

Following preventative tips and using effective non-antibiotic prevention products, like Double-Action URIEXO® will help you stay ahead of the problem & maintain your urinary tract & bladder health. 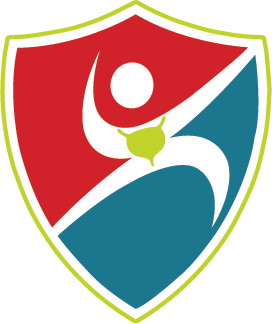